I’m one of many (republished)

My mother is a Holocaust survivor. Her story, as unique and terrible as it is, is unfortunately one of so many.

My mother’s entire family was murdered by the Nazis. The only survivor other than my mother was her uncle. When troubles in Europe just began, her uncle was “crazy” enough to immigrate to Israel from Lvov, Poland.  His sister (my grandmother) and the rest of the family were captured and killed. 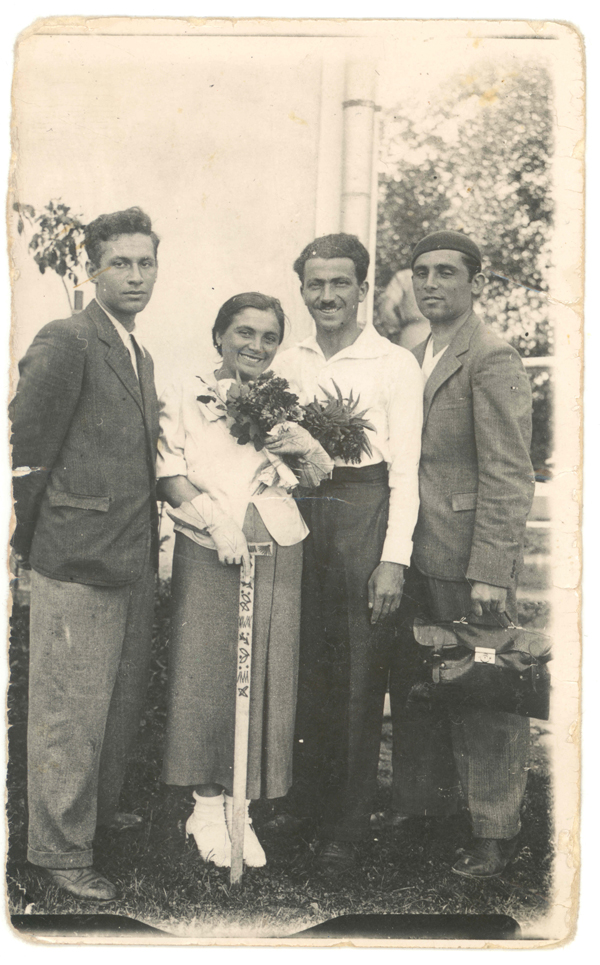 One of the only photos of my grandparents and two brothers in the happy days before the war.

Before my grandparents were killed they smuggled my one year old mother out of the ghetto. She was brought up Christian by their Polish housekeeper, who was paid by my grandparents and then by my mom’s uncle, to keep my mother safe and  to hand her over after the war.

My mother, after being “delivered” to a Jewish organization by the polish housekeeper, spent some time in an orphanage in France and then was brought to Israel, as countless other orphan kids were. Her uncle, serving at the time in the Israeli Navy, supported her.

My mom’s story has of course a lot more to it, and there are so many others that went through such horrible events, and millions more that did not survive, and their stories will never be told.

I’m one of many. One of many children of holocaust survivors.

For me, growing up, it was a fact. The fact that my mother never knew her parents was to me as a kid, just that, a fact. But of course it is not. It is a life that was dictated to her and to us by twisted minds who committed horrible acts against humanity.

Ours is one of many stories that need to be remembered.

The Holocaust is a part of history that must be taught, learned and remembered.  And it must always serve as a warning of what can happen when extremists and fanatics are not stopped with swift action and determination by the rest of the world. Too little too late results in horrific consequences.

In Israel, every year on the annual Holocaust Memorial Day, a siren sounds and the entire country stops in memory of  all those who were murdered by the Nazis. Schools, highways, work places, hospitals – every single person stands up in silence and solidarity. I believe that remembering these events is so important globally, that Holocaust Memorial Day should not only be universal, but that everywhere around the globe every person will take one moment of their time to remember those who were lost, and to reflect on the horrific events that lead to it.

« Being Cheeky with Beef Cheek