Forgive me consumer for I have sinned

The story is simple. We were in NYC, and needed a restroom stop. Starbucks was just in front of us (try to find a place in the US that you don’t have one in front of you), so we stepped in.

I was waiting and was thirsty, plus I felt that I need to buy something as we were after all using “the facilities”.

I’m not a big fan of Starbucks coffee, to phrase it gently, so I was looking at the cold drinks and saw the Cool Lime Refresher. Sounded good, and I was thirsty, so I ordered the large one, which had an outrageous price tag of $4.45, but I figured that for a good refreshing drink and a brief use of the plumbing I’ll for once bite the bullet and pay the price. Plus tax. And waiting in line.

While waiting between a Grande Latte suit and a Tall Mocha Light Frappuccino brunette I watched the dedicated employee making my Cool Lime Refresher, not expecting a gilded rim and a carbon nanotube straw but at least a drink made of something that looks like it’s worth the money.

Ha. This is what happened next: Into the not-that-huge cup the young-and-restless loyal Starbuckhipster  poured a concentrated liquid out of a carton, added some ice cubes, topped it with, no, not freshly spring water from the melting snow of the Upper Peninsula but with NYC’s own tap water, stirred a bit, threw in a slice of lime to make it look au natural and placed a good plastic lid over it.

I’m not sure what I expected. Maybe some fresh lime juice? Something that looks like an effort to make a real drink for $4.45? Like a virgin cocktail? I guess I’m naive.

But I paid.  So why do I say  forgive me consumer for I have sinned? Because by the act of  me buying that drink for that price I legitimize the price point, so I need to apologize to my fellow consumers for buying a (maybe) $1 drink for $4.45. So I said a few Hail Marys (being an atheist that was born Jewish it might seem a bit strange though) and I promise I’ll never buy it again.

Though we did use the facilities. 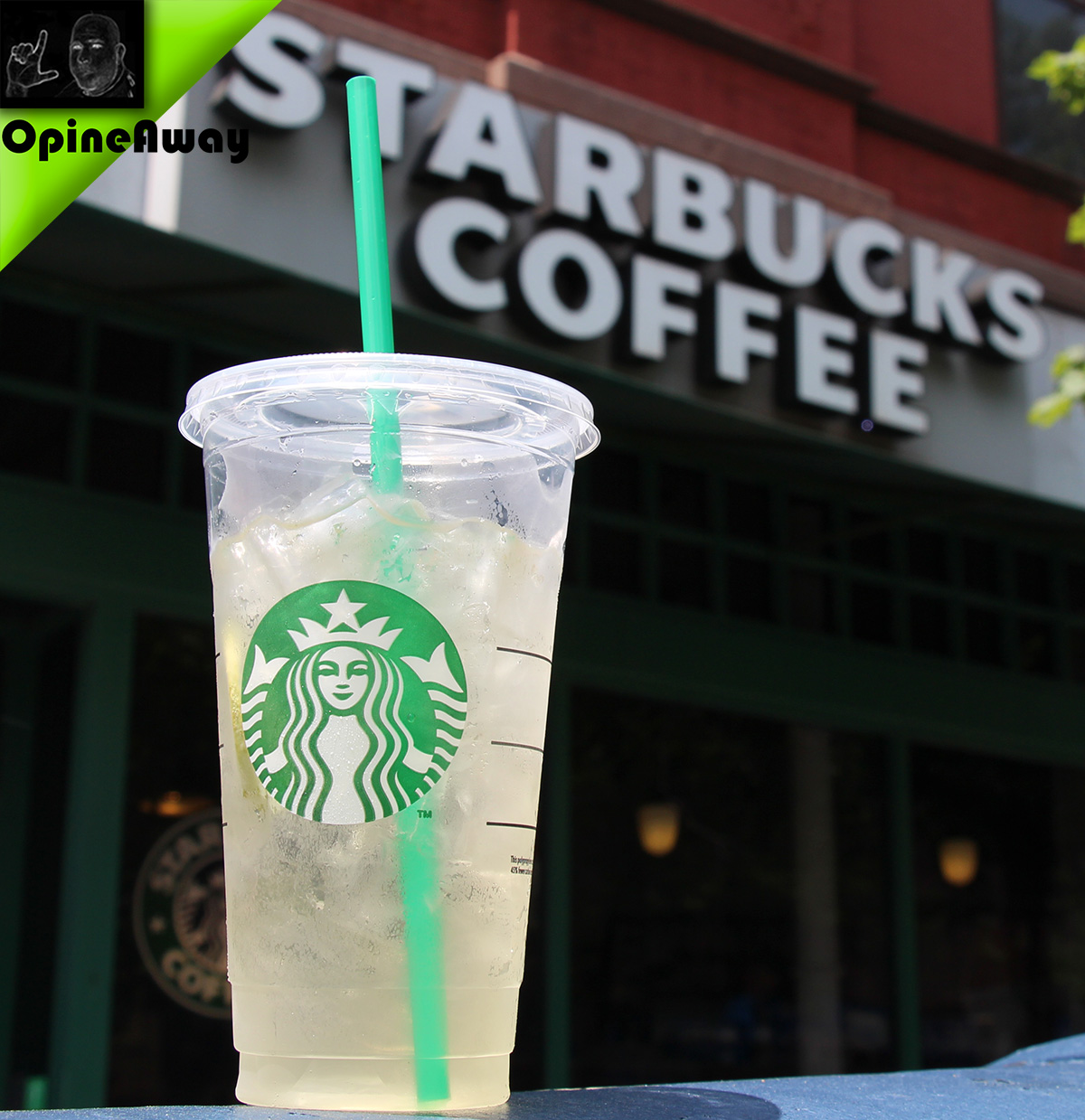