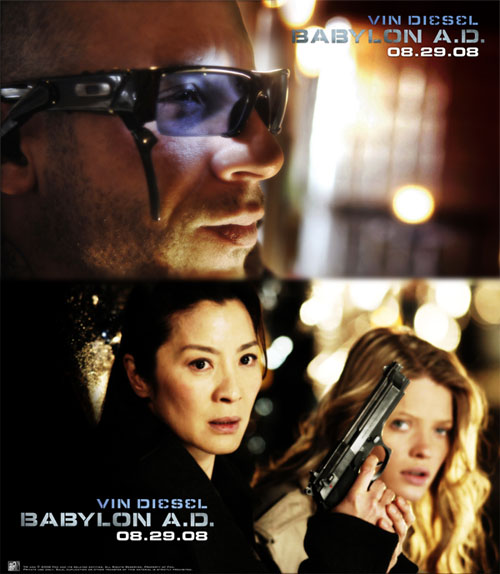 In this movie, even my favorite Michelle Yeoh couldn’t shine…  The action scenes are shot in an “artistic” way that makes it very difficult to follow, and both Michelle and Vin are kinda wasted because of it… they have a group of guys that I’m sure are good at Parkour (the athletic street running we see lately at movies as James Bond Casino Royal and Die Hard 4) but their jumping around is very unclear, instead of giving us some nice group Parkour action. Gérard Depardieu’s part is so small that there’s no need to even mention it…

So it missed the target, all the way through the ending which I didn’t like either, and some of the scenes that were supposed to be serious moments drew laughter from the audience and I tend to agree – it was a little pretentious for that package to try and bring depth to the story…

Sorry Vin, and really sorry Michelle, I like you guys but this one just didn’t cut it.