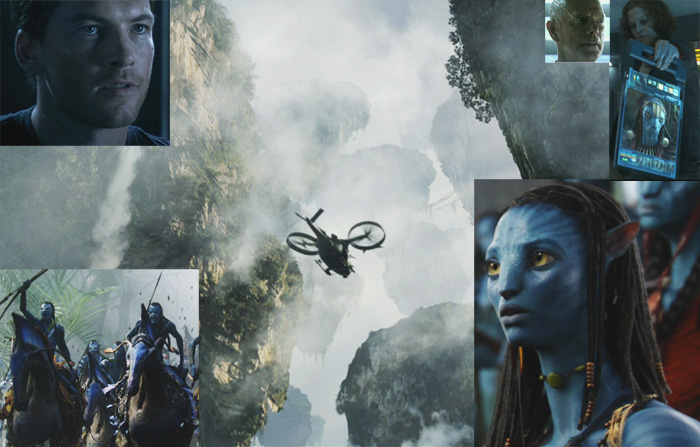 Avatar is a technological leap. Cameron got what her wanted. The animation is so real, you don’t think of it as animation. The 3D is so good, you forget about the glasses you wear.  In fact, it is so good, it’s very easy to get used to and forget it’s great. if movies will start using that technique, it would be as sound or color, surround sound or digital projectors were introduced – it takes zero effort to accept, and it becomes the standard instantly.  Sold!

As a side comment – it doesn’t use any 3D movie cheap “tricks” of a spear popping out to touch your nose, a truck wheel flying at you – it is using the 3D to show you a realistic movie, to the best level possible today, which, short of a holodeck, is pretty much perfect…

Now that I got that out of my system, let’s talk about the movie as a movie. The story is solid and good, though not amazing. Some parts are predictable, but nothing can be consider obvious or dumb. Some elements are sci-fi givens, as growing the avatars in a liquid, or  the fighting amplified-movement machines Sigourney brought with her from Cameron’s  Aliens, but lots are great and original (as much as I can tell…).

I felt that some details were left out, as how Miles got his scars, or how Jake lost his legs – but there were quite a lot of details crammed into over two and a half hours, you can’t explain everything.

I found it great how Cameron managed to make the Na’bi aliens humanly appealing yet very alien. Zoe Saldana’s character Neytiri, mostly naked and looking as hot as an alien can look, though not a match to Zoe Saldana herself, as we saw her mostly naked in the last Star Trek. 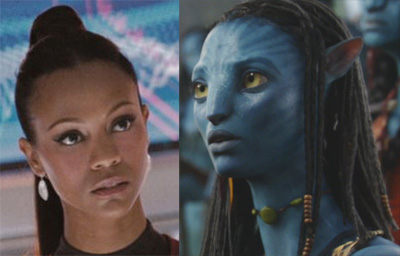 I thought that Sigourney’s avatar was the worse, something about the teeth and mouth shape made it look strange, in my opinion this was the only reminder in the movie that this was animated.

Sam Worthington is doing a great job portraying his role, and so does Sigourney Weaver and Stephen Land. Giovanni Ribisi is OK, not more than that, and is one of the weak points in the story as a very stereotypic corporate bad man.

The environment, animals and jungle are all amazingly realistic and nice and reflects the creativity and the amount of details and hard work that was put into designing this ecosystem.

Recommendation? Run now and see it, in 3D of course.