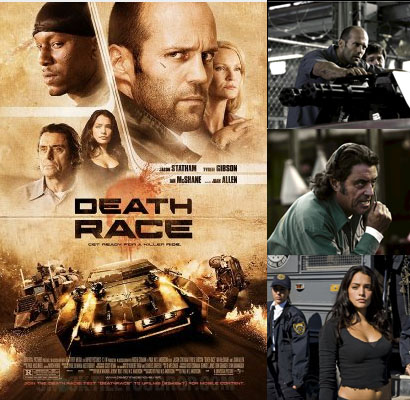 The movie starts with what gave me the feeling this is going to be bad… like a cheap bad acting movie… but it becomes a surprisingly entertaining movie.

Good action, maybe a little confusing at times, cool characters, Jason I already mentioned, Ian McShane definitely building on his HOB’s Deadwood coolness, Natalie  Martinez is hot in a Latino-convict-rough-bimboish way….Joan Allen is doing her job, not much to claim fame there.

Funny lines, rough action, a few maybe a little too gory scenes, Jason takes off his shirt a few time for you girls (OK, I was impressed too, the man is built nice…) , coolness prevails, bad gets what it was asking for (no spoilers, it’s not a movie that surprise you much)…

One thing that bothered me (has nothing to do with the movie), as it happens many times, is that there was a mother that brought her son to this movie. He was no more than 10 years old. Come on… this movie is rated R, but also there is no question is you read anything or saw any preview that this movie is violent to the extreme.  He was also 60 pounds overweight. Just great parenting.

So, fun movie, violent so don’t say I didn’t say so, go and see…